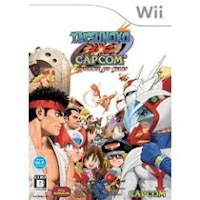 Tatsunoko vs. Capcom: Ultimate All Stars is new version of the game that released in Japan in arcades and on the Wii in December 2008. Capcom is looking into adding new features to the game, including possible additions of several new characters from both Capcom and Tatsunoko, and is exploring the option of online gameplay. TATSUNOKO VS. CAPCOM ULTIMATE ALL-STARS will work with a number of different control devices, including the Wii Remote and Nunchuk, Classic Controller, GameCube Controller and various third-party joysticks designed for the Wii.