Remember the saying that the third time is a charm? Bleach comes back with a bang with Bleach: Third Phantom! With the last two installments of bleach strictly designed as fighting games, the third installment brings fans to a much different element. Bleach fans will be fully immersed in a tactical rpg game. Staying true to it's two counterparts, it will include the original characters along with a large assortment of others, we will keep you posted with names as we discover them!

Pre-Order This game and Shop other Bleach Merchandise - Here 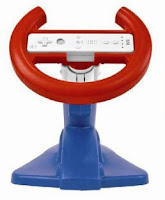 Dream Gear has announced it will be releasing its own version of the Wii Steering Wheel for the upcoming release of Mario Kart Wii or any other Wii racing game. The Package includes a Red steering with a Blue Stand so you can place it on a table or floor and freely control your Kart/Car with ease rather than holding it in mid air with no balance.

Back in the 1980's and 1990's, Snk was popular for making there own arcade cabinets and while most of the games on it where all made by Snk they did have 3rd party support from some companies such as Sunsoft. Well, Snk in there all knowing ways, has decided to release from there library of games 2 of Sunsofts arcade games.

Galaxy Fight - Eight motley fighters (emphasis intended on the word motley) fight with punches, lasers, and kicks on different planets.
Waku Waku Seven - An enjoyable fighting game which features a cast of seven likable combatants such as the floppy Mauru.

Both games have been updated with an online fighting mode (BB Multi-Matching), a character color-edit facility, and the ability to view a fighter's complete list of moves at any time by pausing the game. 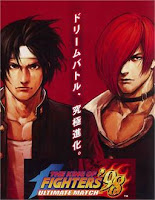 It has been 10 since the original King of Fighters 98' was released and for some odd reason (but I'm not complaning) SNK has decided to completely redo the game using updated 3D backgrounds, new moves for the characters, 13 added fighters, a revised extra mode, and a new mode called Ultimate mode. In addition an online mode is added as it has to many of the King of Fighters games.

Instead of calling it an updated Dream match or making it King of Fighters XI fighting mix or 08' Ultimate match (just random names), it is titled King of Fighters 98' Ultimate match, which still looks beautiful with its new graphics and updates. Just released in arcades, it will make its way soon to your home via the Playstation 2, where you can relive the dream match of Orochi Chris vs Kyo Kusinagi or Terry Bogard vs Omega Rugal. 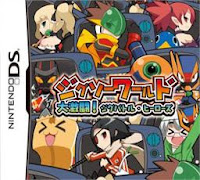 Nippon Ichi creators of the wildly popular Disgaea Hour of Darkness and Rhapsody: A Musical Advanture is back first with its first venture into a puzzle game. You are faced against 8 opponents in a jigsaw puzzle game for supremacy. Etna, from Disgaea fame, will be one of the special challengers to become the top jigsaw player.

Konami style has advertised that they will be selling METAL GEAR SOLID 4 GUNS OF THE PATRIOTS ORIGINAL SOUNDTRACK on May 28th. The full score to Metal Gear Solid 4, which is composed by Harry Gregson-Williams (composer for Shrek, Armageddon and Call of Duty 4), will be his third Metal Gear Solid soundtrack, also featuring Nobuko Toda, who provided music for Metal Gear Acid and Metal Gear Acid 2. Before the release of MGS4, a music track titled "MGS4 - Theme of Love - Smash Bros. Brawl Version" was provided for Super Smash Bros. Brawl in the Shadow Moses Island level.

Soon up on Japan Video Games the soundtrack will be avaliable for pre order for $34.99 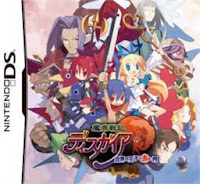 Makai Senki Disgaea, a cult classic released by Nippon Ichi Software was previously released on the Playstation 2, finding overwhelming success. Later the game was ported to the Playstation Portable last year where it found similar success. And now finally Nintendo DS gets control the Overlord and his minions at the touch of the stylus.

For those who never played or heard of Disgaea, its stars Prince Laharl, who is woken up after 2 years of slumber and awakens to find his father, the King of the Underworld, dead. Laharl expects to be the next king, but hears that no one had cared about him or even bothered to remember him. Demons and other characters all fighting to become the next king coming from the Netherworld and beyond. Disgaea is a comedy filled, tactical RPG filled with many memorable characters and stories. Help Laharl conquer the underworld, destroy everyone in his path and force heroes and demons to do your biding in Makai Senki Disgaea for the Nintendo DS. 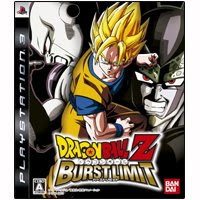 Dragonball Z, the anime sensation known worldwide, finally makes it move onto new generation consoles via the Playstation 3, and xbox 360.

The game follows the story of Son Goku and his friends as they fight not only to protect themselves the universe.

The popularity of the previous Dragonball fighting games have been astronomical, so there was no doubt that it would leap onto the Playstation 3 and Xbox 360. The Usage of cell shading and 3D graphics will make this game look spectacular; from the start of the Sayian Saga and going past the Cell Saga. Who knows what extra's will be tossed in from the Dragonball movies and What If scenarios (an example being what if Freiza killed Goku on Namek).

With up to 35 Characters and many with transformations, you can have Goku perform Kaioken and even transform him into Super Sayajin anytime mid battle. In addition, Online battles allow you take on your friends or even random opponents from any region. 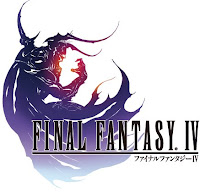 Nintendo Power has given us a firm release date for Final Fantasy IV for the Nintendo DS. American fans just have to wait till July 22nd.

Final Fantasy IV was released in Japan in December and has had Final Fantasy fans in the US and Europe waiting for it since. Now finally you can get your FF IV fix in July.

Similar to the release of Final Fantasy III DS, the game is reworked and remastered from the ground up to make full use the DS touch screen, Dual screens and 3D graphics.


Final Fantasy IV is about the most powerful nation in the world, the Empire of Baron, begins utilizing its unparalleled air force, the Red Wings, and its legions of Dark Knights to attack peaceful nations in search of four Crystals, each corresponding to a different classical element. Cecil Harvey, a Dark Knight and leader of the Red Wings, begins to question the king's motives after forcibly stealing the Water Crystal from the wizards' town of Mysidia.

With updated 3D graphics, abilities, powers, and added content, this is one game to replay if you have beaten Final Fantasy 2 on the Snes or even FF IV for the Playstation. Check out more information at Final Fantasy IV website.

For all those who can't find a Gamecube controller anymore, or even those who just can't handle the Classic controller to play your Legend of Zelda: A Link to the Past via your Virtual Console, Nintendo has your best interest in mind or at least their pockets. Due out this month is a Wii White Gamecube controller that will match your Wii console and all the accessories you have for it.

There is no firm release date, but we will update you on information when it arrives. 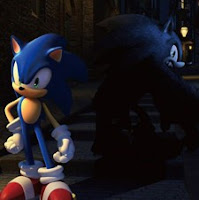 To Sega, Sonic was a great successes, it was Sega's cash cow for all of the Sega Genesis age, carried them on in the Sega CD/Sega Saturn days.

Sonic fully entered the 3D age with Sonic R for the Saturn, but it wasn't till Sonic Adventure that everyones favorite Blue Hedgehog fully made use of his new 3D environments and speed.

Sonic took some time off after Sega had announced that they no longer made video game systems, eventually moving Sonic to the Gamecube and Playstation 2.

Sega now finally deciding to give us a new Sonic game, but that was a failure. Sega released Sonic the Hedgehog Next Gen for Xbox 360 and PS3, which was very buggy, unrealistic and just boring in general. They tried again with Sonic and the Secret Rings which was an improvement, but just didn't get the attention of fans.

Now Sega has tried to bury the failure of Sonic under a large carpet to make way for the next Sonic game, Sonic Unleashed, calling it the next chapter in the Sonic Adventure series. Not much is known about the game other than Sonic seemingly transforming into a Werewolf Hedgehog hybrid and will be somewhat more darker than anything before. Stay tuned for more information on Sonic Unleashed.
Posted by Yagami at 4/09/2008 01:02:00 PM No comments: Links to this post

Customize your DS with this Black Naruto silicon Cover featuring Naruto and Sasuke, not only does this customize your DS, it also protects the front cover from scratches and smudges.

This is a bundle which also includes a Naruto Pen stylus, which has Naruto standing on the top which you can collect or use as you play Your DS. This weeks special Naruto Silcion Cover + Pen Set is $14.99. Show your love for the spunky ramen eating Ninja.

For This weeks special we are offering 2 White Gamecube controllers. offer a first party feel at a third party price.

For people who own a Wii and like to play their Gamecube games, this item is great for you, its compatable with the Nintendo Wii and Gamecube so playing Smash Bros Brawl or Mario Kart Wii will be as simple as a Gamecube Controller.

In addition, Two 6 foot extensions are included for your controllers. Further the reach of your controller without worrying about tugging the contoller and dropping or pulling your system, This week only $14.99 for both controllers and extension cords.

In the Diamond and Pearl saga you can chose between 1 of 3 starter Pokemon; Chimchar (Hikozaru) the Fire pokemon, Turtwig (Naetle) the Grass type Pokemon, and Piplup (Pochama) the Water type. It is always difficult to choose 1 Pokemon between out of the 3 but Japan Video Games has an offer for you.

Each is about 1" to 1"1/2 and is officially licensed by Takara Tommy, each one is very limited. For a limited time, all 3 are available for the incredibly low price of $8.99 (reg. $12.99).
Catch these as fast as you can before they sell out.