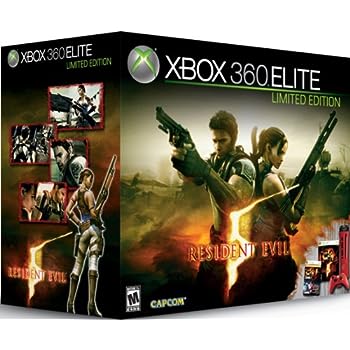 We've been notified by Microsoft that the 360 red limited system will only be limited to a one time production run, which means, when they're out, they're out.

As many have already read and already know, amazon and gamestop have been taking pre-orders for the new DSi. Where do we stand admist all this pre-ordering?

We're currently negotiating with our Nintendo-direct distributors to bring the best possible price to the marketplace. We expect first week prices to rise slightly above national retail price, as the hype will bring about temporary shortages. Wholesale prices will also rise above retail prices temporarily. So far, we won't be taking any pre-orders until we receive a guaranteed shipment notification from our Nintendo suppliers.

The japanese versions of the DSi still have a loyal customer base and are continually selling on the daily basis.
Posted by Kbody at 2/24/2009 03:38:00 PM No comments:

Registration for wondercon 2009 this year at the Moscone Center South has closed for this year, but we will be attending as regular joes this weekend as me might make the 500 mile ambitious drive from southern california. The trip will be tiring indeed, as we intend to take no breaks from work and will leave right after work on saturday. In any event, the usual exhibitor based businesses will be there, but we're comic book/anime fans to the end. The convention will be excitingly random.

Attending FanimeCon in 2008 was exceedingly tough, as our cargo van can only carry so much to fill up our booths. As exciting and exhilarating as the selling experience may be, there is a slight possibility that we may re-attend.
Posted by Kbody at 2/24/2009 03:29:00 PM No comments:

Email ThisBlogThis!Share to TwitterShare to FacebookShare to Pinterest
Labels: wondercon 2009

We're expecting to receive killzone 2 ps3 on thursday.
-from wikipedia-
Killzone 2 is a science fiction first-person shooter for the PlayStation 3, developed by Guerrilla Games and published by Sony Computer Entertainment Europe. It is the third installment in the Killzone franchise that began on the PlayStation 2 with Killzone and continued on the PlayStation Portable with Killzone: Liberation. The game was first announced at E3 2005, with a tech demo on display, while the first gameplay footage was shown two years later at E3 2007.

With Killzone 2, Guerrilla Games aims to provide the player with an immersive and cinematic gameplay experience that is grounded in reality with what they call "Hollywood Realism". The game is presented almost entirely from a first person perspective, aside from vehicular combat. Killzone 2 features a "lean and peek" cover system which allows the player to take cover behind an object and then pop out to fire at enemies. The "lean and peek" mechanic stays in first person view at all times. It has also been announced that Sev is able to pilot vehicles, such as tanks. Many classic weapons and vehicles from previous Killzone installments will be returning, such as the M82-G and the StA-52 LAR.

Warzone, the title of the multiplayer component of Killzone 2 has been developed by Guerrilla Games in conjunction with the game's single-player campaign.

Eight multiplayer maps are included on disc at release. Guerrilla has stated that further maps will be made available as future downloadable content. Vehicles have also been confirmed to be part of the multiplayer experience and are to be patched post-release.
Posted by Kbody at 2/24/2009 03:07:00 PM No comments: