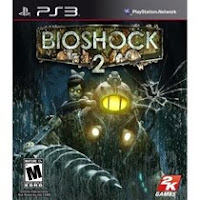 Step back into the unforgettable world of Rapture in BioShock 2, the next installment in the franchise that has won more than 50 Game of the Year Awards. Developed by 2K Marin, 2K Australia and Digital Extremes, BioShock 2 provides players with the perfect blend of explosive first person shooter combat, compelling storytelling and intense multiplayer 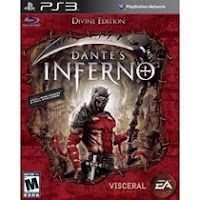 Based on part one of Dante Alighieri's classic poem "The Divine Comedy," Dante's Inferno is a third-person action adventure game taking Dante on an epic journey through Hell as he seeks to rescue the soul of his beloved Beatrice. Descend through the nine circles of Hell: limbo, lust, gluttony, greed, anger, heresy, violence, fraud, and treachery. Each circle features distinct environments, enemies, and story elements befitting the sins committed by their inhabitants, with large-scale beasts and bosses, some of which Dante will be able to fully tame, utilizing them to throw back Hell's wrath to its minions. Armed with Death's Scythe, Beatrice's Holy Cross, magic powers and a deep, customizable upgrade system, take full advantage of fast and fluid gameplay running at a constant 60 frames per second. 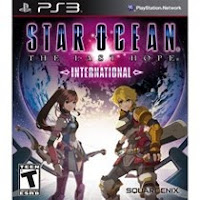 The year is A.D. 2087. In the aftermath of World War III, Earth has been ravaged and the population decimated by a deteriorating environment. The countries that survived have joined together to form the Greater Unified Nations and turned their eyes skyward…to space. Edge Maverick and his childhood friend Reimi Saionji are chosen as pioneer members of the Space Reconnaissance Force, which was created to seek out new worlds beyond the stars. Their ship, the Calnus, takes its place on the lunar launch pad along with four other starships of the first reconnaissance fleet. These ships – humanity’s last hope – blast off one-by-one and sail into the awaiting wormhole that leads to the vast star ocean. And so, Edge and his crew begin their voyage in search of a new haven for humanity...and a second chance.