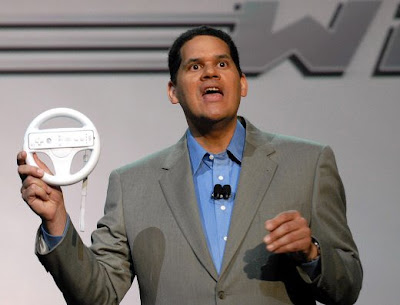 Prior to Nintendo's own Wii Wheel, several third-party steering wheel accessories had been introduced for the Wii Remote. One released by Ubisoft, the Wii Steering Wheel, was developed by Thrustmaster. It is bundled with certain games, such as Monster 4x4 World Circuit and GT Pro Series. The accessory, which is only for aesthetic/ergonomic enhancement, is meant for driving-style gameplay in which the Wii Remote would be held lengthwise in a two-handed gamepad orientation, steering the subject by tilting the controller. The Wii Steering Wheel is also sold separately for US$16.99. Since the Wii Steering Wheel was revealed, other similarly designed steering wheel accessories have been produced, including the Wii Racing Wheel by Intec.

Nintendo has revealed a Wii Wheel peripheral that is packaged with Mario Kart Wii, which was released in the second quarter of 2008. Cartoony, stylized versions of the Wii Wheel are depicted within the banner of Nintendo's official E3 page for Mario Kart Wii. As shown there, a button protrudes from the back of the Wii Wheel, which has a large, encircled Wii logo at its middle, although this has no function. The Wii Wheel has a hole on the right side in the back to allow use of the wrist strap while the Wii Remote is attached to the accessory, and to make removing the remote from the wheel easier. It would also allow the user to use the pointing function of the Wii Remote while it is in the peripheral. The Wii Wheel can also be used for Excite Truck: Need for Speed: Carbon and other games that share its control configuration.A single Wii Wheel is packaged with Mario Kart Wii, but more can be bought separately.

also don't forget to check us out at WWW.JAPANVIDEOGAMES.COM

Which one is better, the Wii Remote or the Wii Wheel? Check out the trailer below for a visual comparison! 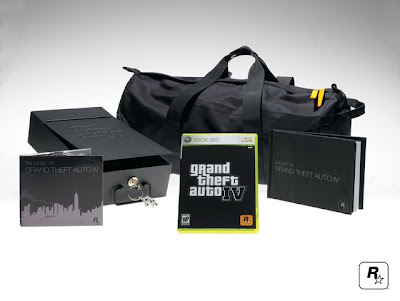 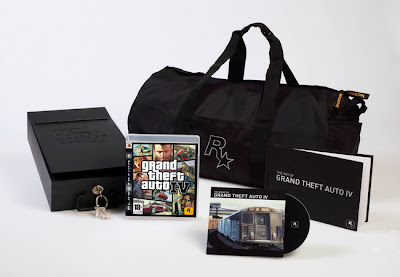 also make sure to check out our official website at WWW.JAPANVIDEOGAMES.COM
Posted by Gamer4Life at 4/22/2008 02:22:00 PM No comments: