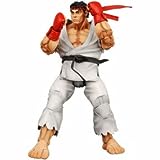 Just how well are your chances of winning the madcatz street fighter 4 stick? Pretty well. Sign-ups are not quite at the four digit range yet, but we're expecting four digits fairly soon.

Don't worry about not winning this one; we'll have plenty of giveaways in the future. Many patrons have sent requests for special items, but we have posted a poll on our blog with the five most requested items. The most requested item based on the poll will be given away on the next contest.
Posted by Kbody at 4/18/2009 01:23:00 PM No comments: Links to this post

I think it's just me, but I think there are way too many Takaratomy Monster collection figures. I remember stumbling on a list of 150+ figures, almost enough to cover 30% of the actual pokedex. Takaratomy expanded onto the blue-packaging battle scene figures a few ago, but the red packaged monster collection remain popular.

Our latest ocean shipment contained about 80% of takaratomy monster collection. Most of them stand 1.5-2" tall and come in a nice sealed package. Each is constructed of high quality PVC plastic. Each figure is approximately $8.99 with free shipping.
Posted by Kbody at 4/18/2009 01:06:00 PM No comments: Links to this post

Dynasty Warriors: Gundam follows in the style of previous Dynasty Warriors and Samurai Warriors games as an action-oriented hack and slash with some tactical elements. However, both Dynasty Warriors: Gundam games have unique gameplay mechanics and twists that set them apart from the core Dynasty Warriors series. The greatest of these is the core content: rather than using characters and story from the novel Romance of the Three Kingdoms, the games draw their material from across the various Mobile Suit Gundam anime series. Another change is the player's choice of pilots and mecha independent of each other, allowing the ability to use any combination of man and machine.

There are also changes in gameplay: players are given more ranged combat options than in other Dynasty Warriors games, although melee combat is still the focus of the game. Units in Dynasty Warriors: Gundam are much more mobile, using its thrusters to dash, jump in mid-air, and (for some fighting) even fly.

The inclusion of colossal mobile armors serve as some of the game's bosses. In addition, several improvements to enemy AI is enhanced, keeping even the best players on their toes. Also, the ability to perform aerial maneveurs and attacks simulataneously is added. Intermission and briefing scenes now feature complete 2-D illustrations with various outfits for the game's characters. Official Mode, which chronicles the events depicted in the Universal Century calendar of the Mobile Suit Gundam franchise, expands to include the story in Mobile Suit Gundam: Char's Counterattack. Finally, mobile suits making an appearance in the previous game, but were non-playable (such as the Guncannon and Hambrabi), are included in the playable roster for Dynasty Warriors: Gundam 2, along with an enhanced Versus Mode for North American and PAL regions only.

The returning Official Mode features 4 playable characters in stages set within the continuity of the Universal Century timeline, covering the stories of Mobile Suit Gundam, Zeta Gundam, Gundam ZZ and Char's Counterattack although an original story is still the main focus. Instead of Original Mode from the previous game, an all-new Mission Mode is placed, where characters are given specific missions to accomplish, such as acquiring parts for various mobile suits (Collection Mission) and reinforcing or defeating other characters to increase friendship status or develop rivalries (Friendship Mission). In order for characters to use other mobile suits they would not use in their timeline or outside their continuity, players must complete License Missions to receive licenses to use other units. Finally, Gallery mode is renamed the Library, detailing character biographies, mobile suit and battleship information, movie clips and musical tracks from the various Gundam series themes. 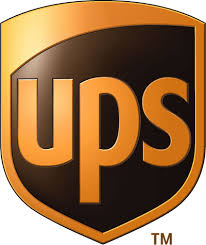 Sorry guys, we've contacted the Alaskan hub yesterday and early this morning, and UPS has informed us that it's unlikely that our shipments containing all the back-ordered items may not be delivered today. Our reps have put in saturday delivery requests but the chances of the packages being delivered today look slim. Last scans indicate that our packages are nearby, and there's a remote possibility that the packages may be delivered at the end of today. We're keeping our fingers crossed and hope that they make it today.
Posted by Kbody at 4/18/2009 12:24:00 PM No comments: Links to this post