The new Xbox 360. Here today, ready for tomorrow with a brand new, leaner machine in an all new black gloss finish. Wi-Fi is built-in for easier connection to the world of entertainment on Xbox LIVE, where HD movies and TV stream in an instant.

It's ready for the controller-free experiences of Kinect - you don't just play the game, you are the game. And with the huge hard drive you'll have plenty of space to store your favorite games and movies. Xbox 360 is more games, entertainment and fun.

Emonga is a rodent-like Pokémon, primarily white in coloration, that most resembles a flying squirrel. It possesses facial features similar to Pachirisu’s, such as its eyes, tiny nose, and yellow cheek patches. Its ears, positioned at the top of its head, are rounded in shape and black in coloration, with yellow and white sections of coloration in the inside of its ears.

Emonga sports a vaguely hood-like patterning of black around its head, with a spiky extension of the pattern above its face. Emonga possesses winglike, yellow-colored flaps connected to its three-fingered arms. Its feet are white-colored and fairly small; its black-colored tail is a jagged shape somewhat like that of Raichu’s. 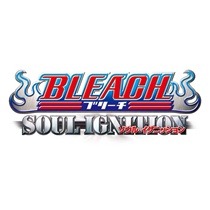 Bleach: Soul Ignition is an upcoming action game exclusively for the PlayStation 3. It is slated for a June 2011 release.  The release date is now confirmed on 2011.6.23.