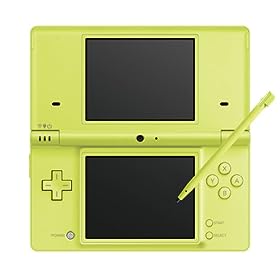 We have confirmed that our japanese vendors are receiving the new DSi colors next Tuesday. If we air over a shipment on that date, we will receive the items on Thursday morning via UPS.

From initial news, it does not seem that there will be a shortage in Japan for the new DSi colors. With a shortage of dsi software and the american DSi release just weeks away, pricing may drop. But until we receive further news, pricing is still set at $249.99.
Posted by Kbody at 3/11/2009 09:40:00 AM No comments: Links to this post 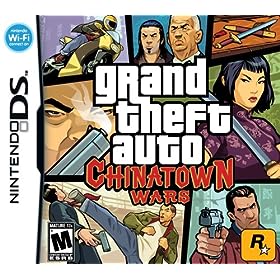 Release Date - 3/17/09
Receive Date - 3/16/09
Price - $34.99
-from publisher-
Following his father’s murder, Huang Lee has a simple mission: deliver an ancient sword to his Uncle Kenny to ensure his family retains control of the Triad gangs of Liberty City. Huang is a spoiled rich kid who expects everything to run smoothly, but his trip does not go exactly as planned. After being robbed and left to die, he will search for honor, riches and revenge in the most dangerous and morally bankrupt city in the world.

The game involves playing 1 of 2 anthropomorphic fighters to battle against 5 stages of enemy ships. Exelica specializes in wide area attacks, while Crueltear uses concentrated front shots. Players can fire anchors to catch enemy ships, then use the caught unit as a shield or throw it to inflict more damage. Like Zanac, this game dynamically adjusts difficulty based on the player's in-game performance which is called V.B.A.S. (Variable Boss Attack System) here. A PS2 version is titled Trigger Heart Exelica Enhanced. Published by Alchemist, it is going on sale in March 28, 2009, both a Limited Edition and Regular version. The Limited Edition will have a Nendoroid (Exelica) figure made by Good Smile Company. The game added Faintear Imitate and C'r_na characters. Sorry, we have sold our pre-allocations of galaxy angel 2 dx pack. Please sign up for the "email me when back in stock" button and we'll notify you when the dx pack becomes available again. The series features 3 games, with eigou kaiki no koku being the final of the franchise.

Galaxy Angel II (ギャラクシーエンジェルII ,Gyarakushī Enjeru Tsū) is a sequel to the games, anime, and manga franchise of Galaxy Angel, and is the continuation of BROCCOLI's Project G.A.. It features a brand new cast of Angels called the Rune Angel Troupe, and according to the game Galaxy Angel II Zettai Ryōiki no Tobira, is set 4 years after the end of the previous game, Galaxy Angel Eternal Lovers.

In this sequel, due to the development of a method to cross-dimensions at the end of Galaxy Angel Eternal Lovers, a new dimension called NEUE was discovered, which is linked to EDEN through a space called ABSOLUTE, a central hub to which all dimensions are linked. This hub cannot be operated by most people however, and currently, the only person who can is the Moon Angel Troupe's Milfeulle Sakuraba. Since the operation of the hub involves opening gates between different dimensions, those with the ability to do so are called "gate keepers". The new Rune Angel Troupe features Emblem Frames from NEUE and is the successor to the now disbanded Moon Angel Troupe.
Posted by Kbody at 3/11/2009 09:25:00 AM No comments: Links to this post

Release Date - 3/12/09
Receiving Date - 3/13/09
Price - $74.99
-from wikipedia-
Phantom Brave is a tactical role-playing game for the Sony PlayStation 2 video game console developed and published by Nippon Ichi Software. It was released on January 22, 2004 in Japan, on August 31, 2004 in North America and on February 4, 2005 in Europe. It is similar in gameplay to its predecessor, Disgaea: Hour of Darkness, with some unique twists although its story is unrelated to Disgaea. The game shipped in two "editions"—Normal and Special—the Special edition coming with a free soundtrack and shortened instruction manual. A port for Nintendo's Wii console, titled Phantom Brave Wii was recently announced, with a release date of March 12, 2009. NIS America has also confirmed that they will be releasing the port, giving it the subtitle "We Meet Again."