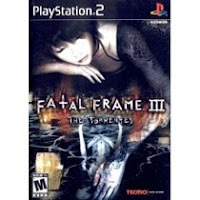 Fatal Frame III, known in Japan as Zero: The Tattoo's Voice, and in Europe as Project Zero III: The Tormented, is the third installment in the Fatal Frame video game series.