Our Price: $79.99
Release Date: 12/6/2006
UPC: 4948872411165
Genre: Navigation
Company: Sony
Version: Sony Computer Entertainment
-from publisher-
Explore the world with GPS on your PSP. Utlizing the GPS peripheral and the latest mapping software on UMD, your PSP will provide 2D/3D locations, driving directions, POI's, and even downloadable city guides. With an easy search feature and customizable settings, GPS on PSP is the easiest way to navigate new areas and cities.
Posted by Kbody at 8/18/2009 09:03:00 PM No comments: Links to this post

Our Price: $23.99
Release Date: 8/12/2009
UPC: 711719722601
Genre: Accessory
Company: Sony
Version: Region Free Accessory
-from wiki-
When the PlayStation 2 computer entertainment system was announced, the DualShock 2 Analog Controller (SCPH-10010) included with it was almost exactly the same externally as the previous DualShock analog controller, except that it was black (colors came later), had different screw positioning (one fewer), and the DualShock 2 logo was added.

Another way to tell the DualShock and the DualShock 2 controllers apart is that the connector that plugs into the console matches that console's memory card shape; the DualShock’s connector has rounded shoulders and DualShock 2’s is squared off. The analogue sticks were also noticeably stiffer for more accurate movements. Internally, the DualShock 2 was lighter and all of the buttons (except for the Analog mode, L3 and R3 buttons) were readable as analog values (pressure sensitive)
Posted by Kbody at 8/18/2009 08:55:00 PM No comments: Links to this post

Sale Price: $64.99
Release Date: 11/18/2005
UPC: 4904810725497
Genre: Fighting
Company: Tomy
Version: Japan
-from wiki-
Naruto: Gekitou Ninja Taisen! 4 is the fourth installment of this series. It was released in Japan on November 2005. It covers the events from the Return of Itachi arc to the Sasuke Retrieval arc. The game also introduces the ability for multiple characters to fight one another at once, ranging from a 2-on-2 match to a 4-way brawl.

Most noticeably, the game does away with the shop feature, and unlockables are now acquired by simply meeting certain criteria in the game's new Mission mode. Mission mode forces the player to fight increasingly stronger opponents under specific circumstances and with different methods of winning in order to complete each mission. This game was released exclusively in Japan.

Similar to the Super Smash Bros. series, the players are put onto either a moving or non-moving stage. Like Power Stone, these stages have some level of interactivity. Players must then fight their opponents. Unlike other fighters, D.O.N uses a combined health gauge, that is, decreasing the health of one player will in turn increase the health of the other players. Thus, in order for one player to win a fight, they must make their own health bar take up the entire bar. As such, a fight can potentially last indefinitely if no time limit is set. Also, there are in game techniques that can be pulled off (ie. Kamehameha for Goku and Summoning Jutsu for Naruto) and supers that can transform the characters into a new form (ie. Naruto's Rasengan turning him into the Kyuubi and Goku's Genki Dama turning him into Super Saiyan). In addition, some characters can induce a temporary transformation during the battle (ie. Sasuke's Sharingan and Luffy's Gear 2nd).

The single player mode has the player fight through five rounds, 2 or 3 of which have missions with goals selected randomly. However, depending on the difficulty chosen by the player, different amounts of missions are given out with easy giving the least and very difficult giving out the most. Fulfilling the missions' goals rewards the player with coins that can be used in the slot machine available upon completing the fights. The slot machine is the way through which unlockables are obtained.

Up to four players can participate in a multiplayer session, though a multitap must be used for more than two players for the PS2 version. 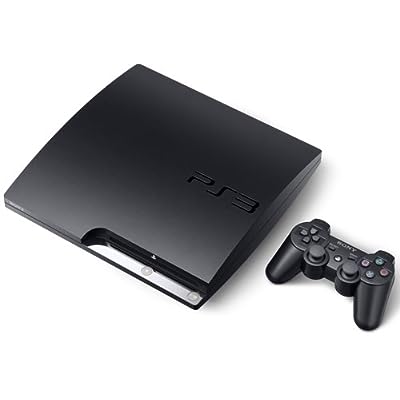 Pre-Order's Opening Soon - $299.99
-from publisher-
With the PlayStation 3 120GB system, you get free PlayStation Network membership, built-in Wi-Fi and 120GB of hard disk drive storage for games, music, videos and photos. And every PS3 system comes with a built-in Blu-ray player to give you pristine picture quality and the best high-definition viewing experience available. Whether it’s gaming, Blu-ray movies, music or online services, experience it all with the PlayStation 3 system.