Special Price - $59.99
Release Date: 12/18/2008
UPC: 4974365142247
Genre: Action
Company: SEGA
Version: Japan
Bleach: Versus Crusade for the Wii was released in Japan on December 18, 2008. Scans depict a roster of characters in line with the manga storyline, featuring Neliel, Nnoitra, Ichigo with his hollow mask and Grimmjow's released form to name but a few. The gameplay appears to have been changed substantially, showing a split-screen during multi-player fights. It is a one-on-one fighter, but players pick a partner character for various team-up attacks and other maneuvers as well as being able to switch between them. It supports online play via the Nintendo Wi-Fi Connection and can be played with the Classic Controller or GameCube controller in place of the Wii Remote and Nunchuk.

Unlike other installments, it was developed by Treasure Co. Ltd. Visitors to the official website were allowed to vote for which two characters they wanted on the cover of the game; the winning pair was Ichigo and Rukia. The amount of time for the bankais and specials have all been extended. 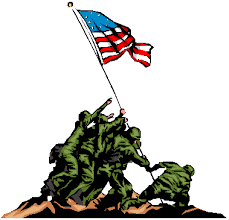 Sorry guys, we will be closed on Monday in observance of memorial day. It's one of the very few days that we get off. Otherwise, we're busy scrambling to get more imports in the store! Any orders placed after 3 p.m. today will ship on tuesday the 26th, 2009.

Demons Souls (Asian Version) PS3 - We're still expecting a shipment from Hong Kong in a week or two. Backorders are expected to ship as soon as we receive news from our vendors in HK.

Sony PS3 Street Fighter 4 IV FightStick Tournament Edition - The shipment that arrived yesterday is nearly depleted. I'm expecting the rest to be sold out by 6 p.m. PST today, which leaves about 4 hours left. Additional batches are expected to arrive Tuesday, after the memorial day holiday.

Xbox 360 Street Fighter 4 IV FightStick Tournament Edition - 360 Sticks are just hard to come by, period. Demand for 360 sticks has been at an all time high since the complete sellout of the 360 real arcade pro EX's. We hope to receive intermittent batches of the 360 TE sticks in due time.

Hori Xbox 360 Real Arcade Pro. EX - Hori is offering another production run for these sticks mid July. I put in my numbers ages ago and should expect to see a few coming our way as we break into summer.

Hori Real Arcade Pro 3 Joystick For Playstation 3 PS3 - We still have a few left, I had to purchase these at a higher price point during the street fighter 4 sales peak. Hori is also offering another production run for these sticks Mid June at a lower price point.

Hori Real Arcade Pro 3 SA Fighting Stick From HoriStore (HP3-53) For Playstation 3 - We received another small batch a few days ago. This will be the last of the SA3's. Hori hasn't announced any further reproduction.

HORI Real Arcade Pro Stick PS2 - Orange - AMAZON EXLCUSIVE - Just a few pieces left in stock, a great stick. If you ask me, the color is funky, but the functionality is just as amazing as each other Hori Stick.

PS2 Hori Real Arcade Pro Stick 2 SA - A great stick to play marvel vs. capcom 2. I just don't recommend using the ps2 to ps3 converter, it'll generate a considerable amount of lag to disconnect air combos and whatnot. Stick is in stock and ready to ship.
Posted by Kbody at 5/23/2009 02:07:00 PM No comments: Links to this post

Imports and sales slowed this week as most of the nation is preparing for memorial day weekend. Weekend bbq's, the NBA west and east finals among other events have made this week slightly slower than usual.

E3 is finally back first week of June. We will be in attendance just as normal attendees this year. It will be a pleasure to visit our international and domestic partners.

The domestic front of the US game world boosted itself with Infamous PS3. Many vendors have received this title early and are eagerly awaiting weekend sales. The yen increased to nearly dangerous levels this week but closed out the week with a amicable stabilization.

Sales are expected to dip slightly this weekend due to memorial day weekend, as shoppers enjoy cold beers, family gatherings, and millions of bbq's around the nation.
Posted by Kbody at 5/23/2009 12:20:00 PM No comments: Links to this post