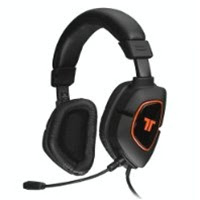 TRITTON Technologies, known for designing and building the best gaming headsets on earth, delivers an affordable precision audio headset – the AX 180. Designed specifically for the XBOX and PS3, the balanced speakers provide rich, full stereo audio while the removable microphone ensures superior voice communication. The convenient inline audio controller features independent voice and game volume controls so you can clearly hear your teammates during those crucial gaming moments. Analog connectivity allows the AX 180 to be used with the popular Wii® system and the breakaway cable design has options for MP3 and iPhone® connectivity. Get your head into the game with the new AX 180. 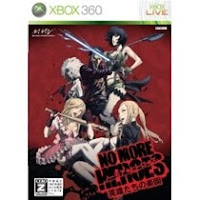 Go put a bullet into someone's head as Travis Touchdown, one of the top ten assassins in Santa Destroy, a town inspired by the American west coast. Sign up to a series of dangerous missions that challenge your assassination skills and your violence threshold.

All the other nine assassins will be obstacles to your rise up the ranks. All of them have their own motives to stop you from you rise. But that's to be expected, just take them all down. The control system is a remix of the Wii system, simply mash on a button to unleash killing moves.

Flood the town with blood, live all the violent scenes you can imagine. There are fan service moments, satisfy certain requirements in the game and you will be able to change the female character's costumes to something more intense.
Posted by jvgmichael at 4/23/2010 11:47:00 AM No comments: