A new Arcade stick USB driven and compatible with Playstation 3, Playstation 2, and PC. Use them with your favorite Fighting game, especially great with hard driven Combo games such as Tekken 5, even the upcoming Tekken 6, Guilty Gear, Street Fighter and many more.

The Arcade stick allows re-mapping so choosing your own button scheme, programming it to another system is easily possible. The Metallic Base makes it durable and strong enough for the hardest of arcade players.

● The lever and buttons are designed and placed on same layout as the arcade style.
● Turbo function with different speed settings you can toy with.
● Supports button re-mapping and Macro functions.
● The Fighting Stick has considerable heft and rubber feet, both of which work to hold the controller firmly in place on hard, flat surfaces.
● The Fighting Stick has a metal base and plastic outer shell with smooth corners that don't murder your wrists.

Sega has released there Blockbuster series Phantasy Star onto the Playstation 2 for a 2nd time, this one not to be confused with Sega's 2003 release Phantasy Star Trilogy.

Sega Ages 2500 Vol. 32: Phantasy Star Collection contains Phantasy Star I-IV, all with updated graphics and English text for all you importers. The disc also includes Phantasy Star 2 Text adventures (no English text) and all of Sega's normal normal extra which include, sound test and art.

So for everyone who never had a Sega Genesis, or had one and want to play/replay one of the best RPG's of the Sega Genesis era Phantasy Star Complete Collection is a great pick up.

The story is about Alis, a girl who sees Nero, her brother, killed and sets out to avenge him. The action begins in a futuristic city complex in a three-planet solar system called Algol. The three planets are named Palma, Motavia, and Dezoris. You start the game on the planet Palma which is a lush planet. Motavia is a desert planet and Dezoris is an ice planet inhabited by a race of green aliens. After travelling some underground mazes, the characters get to travel to the other planets in their adventure using the spaceport on Palma or your own spaceship that is built for you by Dr. Luveno. There is the option to talk with monsters the characters encounter — sometimes they are friendly, and just leave. 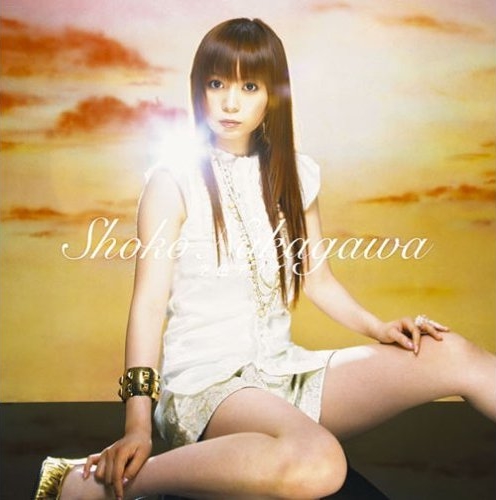 Anime Expo has announced that otaku personality/singer/actress Shoko "Shokotan" Nakagawa will perform at the July 3-6 convention at the Los Angeles Convention Center. Nakagawa debuted as the grand prize winner of the Popolo Girl Audition in 2001, but her popularity among otaku took off when she launched her blog in 2004. Nakagawa is known for updating the blog as many as 15 times a day with her observations on life and her expert knowledge on anime and manga. Sony Music said her blog received a total of 1 billion hits as of early 2008. She sang theme songs for the Eyeshield 21, Hakaba Kitarō, Yoshimune, and Tengen Toppa Gurren Lagann anime series. The Gurren Lagann theme, "Sorairo Days," debuted at #3 on Japan's Oricon weekly singles chart. She also voiced roles in Eyeshield 21, Hakaba Kitarō, and the Pokémon movies.
Posted by Yagami at 3/27/2008 01:22:00 PM No comments:

- Here are some highlights of a recent interview with Sony's senior marketing manager John Koller by GamePro and Game Informer: