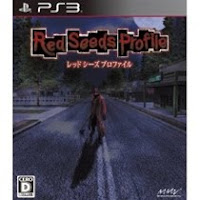 Deadly Premonition, known as Red Seeds Profile in Japan, is a survival horror video game developed by Access Games and published by Ignition Entertainment for the Xbox 360. It was released in North America on February 23, 2010 and in Japan on March 11, 2010 along with the PlayStation 3 version with the name Red Seeds Profile.