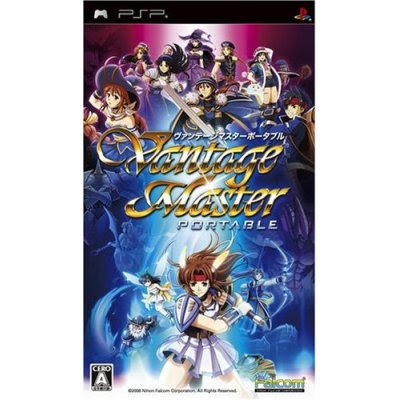 A tactical RPG game developed and published by Nihon Falcom in 1997. The game was never released outside of Japan, South Korea and Taiwan. Falcom released a sequel, Vantage Master V2, a few months after the first game's release, featuring new maps and adjusted character balance but unchanged overall game design. Another sequel called VM Japan was released in 2002. The English version of Vantage Master V2 was made available for free download as of 2002 under the title Vantage Master Online.

Falcom announced the development of Vantage Master Portable on December 20, 2007. The game will be made for the PSP and it will feature new characters from Sora no Kiseki series of games and multiplayer mode using the PSP's wireless capabilities.

also make sure to check out our vast selection of American and Japanese Video Games/Anime/Plushes/Toys/Posters/Wall Scrolls at WWW.JAPANVIDEOGAMES.COM 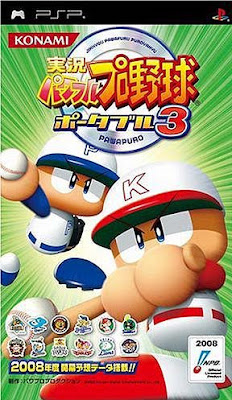 Known for its big-headed characters, and addictive arcade-style gameplay. It is long running in Japan, starting out in 1994 for the Super Famicon. The game has also appeared on the Sega Saturn (from 1995 to 1997), the Playstation (from 1995 to 2003), the Nintendo 64 (1997 to 2001), the Playstation 2(from 2002 to 2007), the Dreamcast, the Gamecube (also from 2002 to 2006) as well as Wii(from 2007). The series has also seen release on handheld systems since 1999under the title Power Pro-kun Pocket, with versions for the Game Boy Color, Game Boy Advance, and Nintendo DS. A version of the game has also seen release on the Playstation Portable,currently with two installments. The series is within its 14th iteration on home consoles, and its 10th on a handheld. It is one of the long-lasting titles in Japan with most number of game entries, like Winning Eleven/PES Series (also from Konami), Super Robot Wars Series(Banpresto), and Final Fantasy Series(Square-Enix).

The most distinctive feature of the Power Pro series is its odd depiction of characters. The basic design of the Power Pro baseball player (collectively known as "Pawapurokun") is a short figure with an excessively wide head, lacking a mouth, nose, ears, and hair. Pawapurokun are somewhat similar to the character Rayman, in that they do not have legs and thus their feet are not connected to their body. Pawapurokun do have arms and hands, however, their hands are fingerless and bear more resemblance to a sphere than a human hand. The Power Pro series has used this comic design for every single one of its games, even though improvements in graphics and gameplay have given birth to other games that feature almost life-like images of baseball players. It is impossible to distinguish one player from the other wthin Power Pro, except due to their jersey. All Pawapurokuns basically look exactly the same, except for some variations in skin color and behavior.

The Success Mode is the game's most compelling feature, combining role-playing game and life simulation games elements with the baseball sport. The basic objective is to train a generic Pawapurokun to become a professional baseball player.

The Power Pro series raised some controversy in Japan with its use of the term "Gyroball", a term made popular by Japanese pitcher Daisuke Matsuzaka when he signed with the Boston Red Sox.

The Konami big-headed baseball series is back with new features. The biggest is the PoTaCa card system, used both for unlocking content in the game and as item/stat cards in the all new Pawagacha player creation mode. In this latter mode of play, gamers create players by collecting random ability capsules and setting them into slots. Part 3 is sure to be a winner.

also check out our website for a vast selection of Japanese and American Video Games/anime/toys/comics/posters/wall scrolls/accessories/novelty items at WWW.JAPANVIDEOGAMES.COM 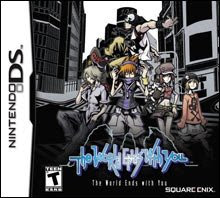 The story begins as Neku Sakuraba, an unsociable 15-year-old boy, unexpectedly wakes up in the Shibuya shopping district of Tokyo, Japan. While trying to piece together his rude awakening, he receives a strange text message warning him that he will cease to exist unless he accomplishes a certain mission. Although he barely has time to grasp what is happening to him, he commences his assigned task in the mysterious streets of Shibuya.