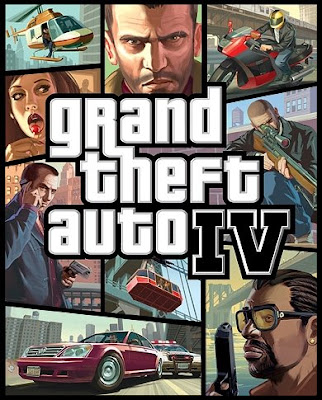 Grand Theft Auto IV (also known as GTA IV and GTA 4) is an upcoming sandbox-style action-adventure video game developed by Rockstar North. It will be the ninth title in the Grand Theft Auto Series and the first in its fourth generation. Grand Theft Auto IV will be released worldwide on April 29th, 2008 for both PS3 and Xbox 360. Exclusive Xbox 360 episodic packs are due for release in August via Xbox Live.
The game will be set in a re-imagined GTA universe, with little-to-no continuity with previous games. The setting is a redesigned Liberty City, based heavily on New York City, as well as New Jersey. The game will follow Niko Bellic, an Eastern European who comes to the United States in search of the "American Dream," only to find his cousin has lied to him about the wealth that would be waiting for him.
The story of Grand Theft Auto IV was written by Rockstar co-founder Dan Houser. The game will be the first in the series to use the new RAGE game engine, which also powered Rockstar Games presents Table Tennis.

GTA IV is structured similarly to previous games in the series. The core gameplay consists of elements of a third-person shooter and a driving game, affording the player a large, open environment in which to move around. On foot, the player's character is capable of walking, running, swimming, climbing and jumping, as well as utilizing weapons and basic hand to hand combat. Players can steal and drive a variety of vehicles, including automobiles, boats, helicopters, and motorcycles.

The open, non-linear environment allows players to explore and choose how they wish to play the game. Although storyline missions are necessary to progress through the game and unlock certain parts of the map and content, they are not required, as players can complete them at their own leisure. When not taking on a storyline mission, players can free-roam. However, creating havoc can attract unwanted and potentially fatal attention from the authorities. The more chaos caused, the stronger the response: police will handle "minor" infractions (attacking people, pointing guns at people, stealing cars, killing a few people, etc.), whereas SWAT teams, the FBI, and the military respond to higher wanted levels. The player can also partake in a variety of optional side missions.

Niko Bellic is Eastern European, between 28 and 32 years of age and has come to Liberty City to pursue the "American Dream". Niko was persuaded to move to Liberty City by his cousin Roman, who claimed in multiple e-mails to Niko that he was living a fabulous life, with a mansion, women, hot tubs and sports cars. Roman's claims turn out to be lies to hide his own failures, however, and in reality he only owns a small taxi business, which he wants Niko to work for.
Roman is the only person Niko knows in Liberty City to begin with, and is one of his major connections in the first part of the game. Niko is a tough character, whereas Roman is friendly. Roman is heavily in debt and a lot of people are after him. He desperately needs Niko's support, hence the reason he deceived Niko into travelling to Liberty City. They are constantly bickering. It is later revealed that one of the reasons Niko, as an ex-soldier, goes to Liberty City, is to track down the man who betrayed his old army unit.

Check out this Hot Trailer!!! 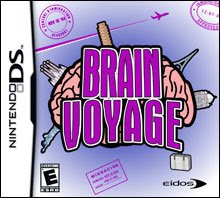 Pack your suitcases and prepare to uncover amazing puzzles around the world! Travel around the world solving puzzles specific to that city! Track marine life off the coast of Cape Town, restore the ancient mosaics of Beijing, organize the Rio carnival, uncover the amazing secrets of the Aztec ruins and much more! Each iconic global city that you visit has a set of 5 puzzles, ranging from the easy to the elaborately ambitious, all designed by the award-winning genius - Dr. Reiner Knizia. Developed by specialist DS developer Razorback Developments, Brain Voyage, gives the player top quality puzzles while allowing players to experience the thrill of world travel!

also make sure to check us out at WWW.JAPANVIDEOGAMES.COM 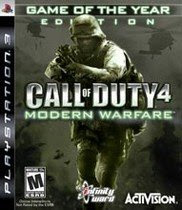 War rages on in the fourth edition of Activision's acclaimed war game. For the first time in the series, Call of Duty moves away from WWII to the modern battlefield. The new action-thriller from the award-winning team at Infinity Ward, the creators of the Call of Duty series, delivers the most intense and cinematic action experience ever. Call of Duty 4: Modern Warfare arms gamers with an arsenal of advanced and powerful modern day firepower and transports them to the most treacherous hotspots around the globe to take on a rogue enemy group threatening the world. As both a United States Marine and British S.A.S. soldier fighting through an unfolding story full of twists and turns, players use sophisticated technology, superior firepower and coordinated land and air strikes on a battlefield where speed, accuracy and communication are essential to victory. The epic title also delivers an added depth of multiplayer action providing online fans an all-new community of persistence, addictive and customizable gameplay. 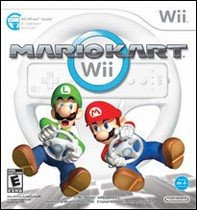 Your favorite go-kart racing circuit is finally coming to the Wii. Just snap your Wii remote into the included steering wheel, and you're ready to enjoy classic Mario racing circuits, as well as plenty of new ones, with your old friends Mario, Luigi, Princess Peach, Wario, Yoshi, Donkey Kong, Toad, Bowser and more. Pick up coins and Koopa shells along the way to increase your speed or blow your opponents off of the track.
Mario Kart Wii will include 16 new courses and 16 classic courses from previous Mario Kart games. For the first time ever, players have the option of racing with either karts or motorbikes. Players can also hit the road as their personalized Mii caricatures in addition to the handful of classic Nintendo characters found in the game. True to the series, the game features tons of racing, plenty of power-ups and oodles of objects for players to use to slow down other drivers. And 10 battle arenas will keep players busy between trips around the circuit.
The easy-to-use Wii Wheel will also be sold as a separate accessory, giving every driver in the household a chance to get behind his or her own wheel. And if veteran Mario Kart fans are afraid of getting smoked by rookie drivers using the Wii Wheel, they can rest assured that Nintendo has them covered. Mario Kart Wii supports four different control options: Wii Remote with or without the Wii Wheel, Wii Remote and Nunchuk controller combo, Classic Controller and even the Nintendo GameCube controller. So there's bound to be a configuration that fits everyone's style.
Mario Kart Wii launches with a new channel added to the Wii Menu to enhance game play: The Mario Kart Wii Channel. This new channel builds on the huge online community of Wii owners and lets players compete in tournaments, check worldwide rankings, see when their friends are playing and download ghost data.
Price - $48.99
Release Date - 4/27/2008
Click Here to Reserve Your Copy Today!!!
also make sure to check out our website at WWW.JAPANVIDEOGAMES.COM
Posted by Gamer4Life at 4/21/2008 04:51:00 PM No comments: