Core gameplay remains the same on 10th Style. The previous flashing 7 difficulty level was replaced with a difficulty level of 8. In addition, an animated particle effect now occurs if a full combo is scored on a song.

e-Amusement support was extended on 10th Style, now being able to sort songs in folders based on whether they have been cleared in various ways. These include Failed, Cleared, Easy Clear (for songs played with the Easy modifier), and Full Combo.

Price: $79.99
Condition: Pre-Owned In Great Condition
Release Date: 3/21/2005
UPC: 4988602118919
Genre: RYTHM
Company: Konami
Version: Japan
-from publisher-
A slick and super-shiny interface graces the latest Beatmania IIDX with which to flip through modes and music lists. Beginners to the Bemani fold may test their skills in Beginner Mode while seasoned DJs crush Expert Mode with dancing fingers and blazing reflexes honed after years of practice.

Beatmania IIDX 9th Style is the 9th game in the beatmania IIDX series of music video games. It was released in arcades by Konami in 2003. The game features over 50 new songs, some of which can be unlocked using Konami's e-Amusement platform - which made its official debut on 9th Style.

The interface used by 9th Style is more modern and crisper looking than previous styles, taking advantage of the better graphics capabilities of the new PC based hardware which 9th Style now utilizes. The new hardware also eliminates the separate DVD player which was used on previous versions for background videos, as all the videos and data are now stored on the hard drive contained within the machine.

Core gameplay remained the same on 9th Style. 5-key mode has been removed and replaced by a separate 5-key modifier, which can be used on any song on any difficulty.
9th Style was the first version of Beatmania IIDX to use a new Windows XP PC-based platform nicknamed the Bemani PC instead of the PlayStation-based Bemani Twinkle hardware which had been used since the beginning of the series. The improved platform had its benefits, such as better graphics capabilities, network support through e-Amusement, larger storage, and background videos being stored on the hard drive along with the game data (dropping the need for a separate DVD player).

The new platform however, became blamed for a multitude of issues with 9th Style, such as longer load times and off-sync timing windows on some songs.

9th Style was the first version of IIDX to have support for Konami's new e-Amusement system, which can be used for the saving of stats and records to "entry cards". The entry cards were magnetic cards usually containing game artwork, inserted into a card reader mounted on the sides of the cabinet, and protected by a 4-digit pin. The cards could save stats and scores in between games, allowing new features such as the ability to sort songs by a player's previous performance on it (by letter grades, clear status, or full combos). When connected to the internet, scores could also be uploaded to the internet, but unlike future implementations, this was entirely optional. 9th Style did not require a network connection for full e-Amusement compatibility, and thus could be used while offline too. 10th Style however, would require a network connection to use e-Amusement.

An extra stage can be earned for meeting specific criteria on the final stage. If the last stage is played on Another with Hard Mode enabled on any song rated a Flashing 7, and the player gets a AAA, the player is able to play PARANOiA survivor MAX by 290, well known as the boss song of DDR Extreme. If the stage is played on hard mode and an a grade of AAA is obtained, the player is forced to play One More Extra Stage, this song being Quasar by Outphase. On the PS2 version, getting an A is sufficient.

A home version of 9th Style was released in Japan for the PlayStation 2 on March 21, 2005. As with other IIDX home releases, it contains all the new songs from the Arcade version, revivals from older styles, and new songs. The home version also features higher quality graphics than previous versions, and S/PDIF audio output for higher quality sound. Of note, the console version of 9th Style does not suffer from the same timing issues as the Arcade version.

Price: $79.99
Condition: Pre-Owned In Great Condition
Release Date: 11/17/2004
UPC: 4988602115345
Genre: RYTHM
Company: Konami
Version: Japan
-from publisher-
Konami's latest home conversion of Beatmania didn't require a promotional campaign to drum up the necessary preorder numbers like IIDX 7th Style did. The strength of 7th's sales sort of fixed that. Bemani's an aging franchise but the jaded old school contingent appears to be bolstered by a new generation of rhythm handlers. The 57-track listing on the back of the DVD insert features a number of familiar names. 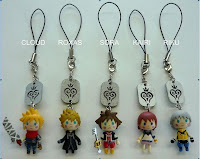