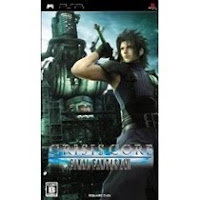 The game mainly focuses around Zack Fair, a 2nd Class SOLDIER, and the events leading up to his destined demise. He meets many of the Final Fantasy VII characters, including Cloud Strife and Aerith Gainsborough, with whom he develops strong bonds. The game's storyline takes the player from the war with the Wutai to the events at Nibelheim, and right up to the time just before the Final Fantasy VII beginning. Some of the missing events or plot holes from Nibelheim and afterwards are explained in the animated feature, Last Order: Final Fantasy VII.
Posted by jvgmichael at 2/20/2010 05:12:00 PM No comments: Links to this post 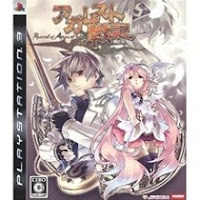 In a world known as Agarest, five continents hold sway over the lineage of a family which spans five generations. Enter the knight Leonhardt, he is mortally wounded by a conspiracy of events but he’s given a second chance at life by a deity. In exchange for his services, Leon is revived and made into a Soul Container which allows him to live a normal life and sire offspring with one of three possible maidens to continue his bloodline.