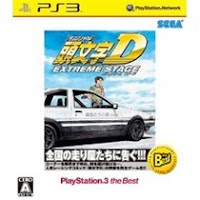 Fans of this virtual racer have been waiting for five long years since Sega released Initial D Special Stage on PlayStation2. To justify this long wait, Sega upgraded this installment by making use of the advanced graphical capabilities of the PlayStation3 console, the visions of familiar cars and mountain regions are recreated with striking resemblances to reality, making the game play more exciting than ever.