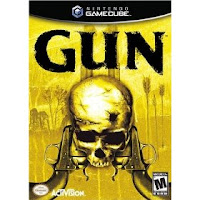 Brand new and Sealed US Nintendo Gamecube Game. Will also work on the Nintendo Wii system as well.