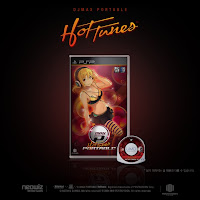 DJ Max Portable: Hot Tunes is an upcoming music game for the PlayStation Portable published and developed by Pentavision in South Korea, and is a compilation edition of the DJ Max Portable game series to be exclusively released in Japan, the first DJ Max game to be formally released there.