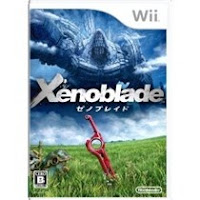 The game was announced during E3 2009, when a trailer was released to media. The trailer shows a futuristic sword-wielding character battling giant robots and creatures as well as third-person exploration gameplay. In January 2010, the game was renamed to Xenoblade from 'Monado: Beginning of the World' to honor Tetsuya Takahashi, "who poured his soul into making this and who has been working on the Xeno series". The game is set for a June 10, 2010 release date in Japan, with no official release date for anywhere else yet.